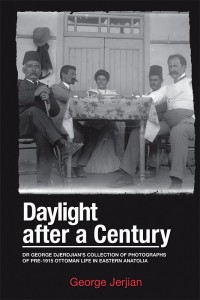 A priceless documentary based on Dr. George Djerdjian’s early twentieth century photographs of Arabkir and Erzerum, pre-1915. The archival evidence, based on glass plates, reveals a thriving Armenian society, which had established roots in the region since ancient times. The photographs are treasures of the past, miraculously surviving as they journeyed with the family’s descendants from Africa to the West.

This short film will be presented during the WESTERN ARMENIA series to be hosted by author Mathew Karanian from Los Angeles.