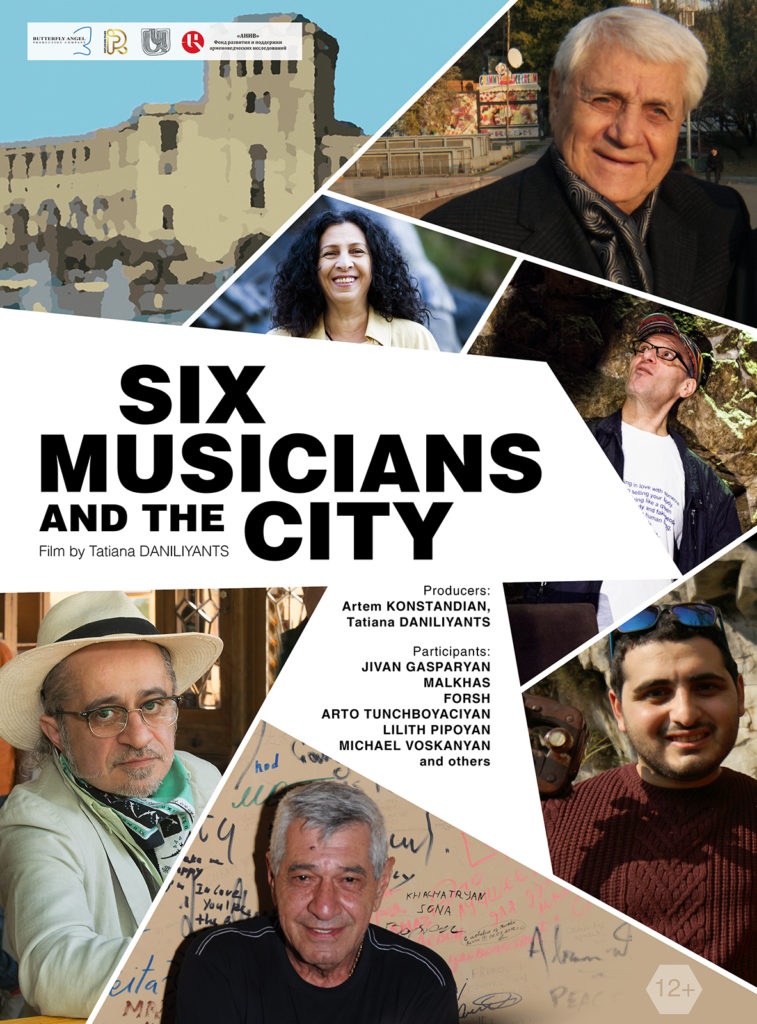 Six musicians, six styles, six personal stories lay behind one of the most musically vibrant cities of the former Soviet Union – Yerevan. After the collapse of the USSR, Yerevan has survived a war, the Turkish blockade, a period of “darkness and hunger” and almost total isolation. Now it is rapidly changing, searching for its own identity, its path of development and its place in the world. The six participants of this film, include Grammy and World Music Award Laureate Arto Tuncboyaciyan (Armenian Navy Band) and world famous “duduk” performer Jivan Gasparyan, considered the “genius loci” of Yerevan. The personify both Yerevan’s hidden pain and its beauty. The film captures director Daniliyants’ ten years of research with an attentive eye for these musicians’ own stories and their extraordinary music.

The Canadian Premiere of this feature documentary will be screened as part of the YEREVAN: CITY OF MUSIC series at 3pm on Sunday November 18th at the Hamazkayin Theatre. Director Tatiana Daniliyants will be attending from Moscow in order to conduct a Q&A following the screening.