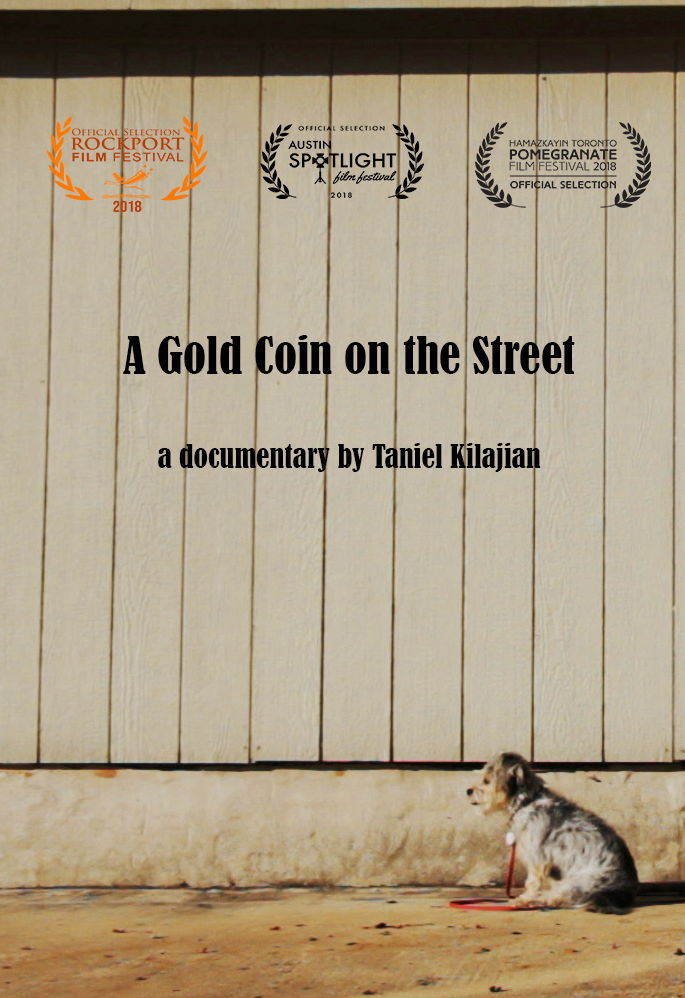 A GOLD COIN ON THE STREET

An original look at the invisible but powerful relationship between Jeffrey Blair, one of the hosts of KMFA, Austin’s non-profit classical music radio station, and Dave Amundsen, one of its most ardent listeners. This will be Kilajian’s second entry at POM following his 2014 short film 05.23.14.

The Canadian Premiere of this short film will be presented at 3pm on Saturday November 17th at the Hamazkayin Theatre as part of the SYMPHONY OF FILM series.