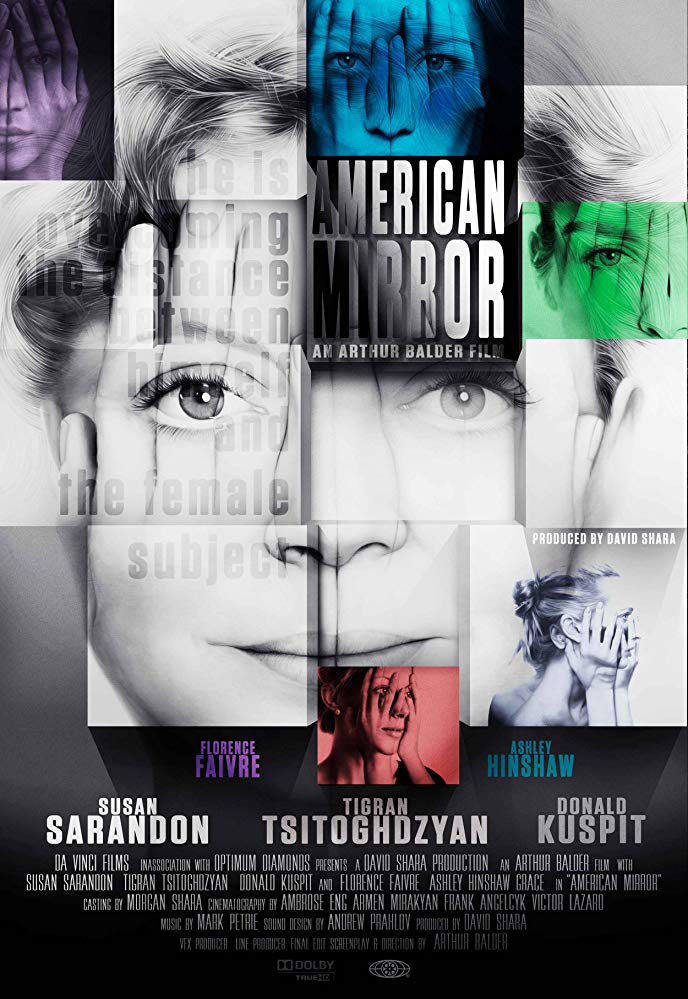 Oscar-winning screen icon Susan Sarandon and Armenian painter Tigran Tsitoghzhyan discuss time and identity, and how the apparently in conflict values of beauty and aging are perceived in our modern society dominated by social media, as he limns her portrait during a timeless sitting session.

The film reveals how Tigran, a highly dedicated and painstakingly trained craftsman, brings the ancient spirit of the old masters into a unique post-modern hyperrealism deeply interwoven with NYC’s culture and social landscape. Shot over the period of three years, the film takes us on a rare, thought-provoking, timeless reality-and-fiction setting to reveal how one of the most striking artists in recent art history climbs up the art-world ranks on the winding journey to success and recognition.

The Canadian Premiere of AMERICAN MIRROR will be the 2018 Pomegranate Film Festival’s Gala Film. Cocktails and music get underway at 7:30pm with a live performance by violinist Nuné Melik at 8:30pm followed by a special presentation by Director Bared Maronian prior to the Gala film. After the screening of AMERICAN MIRROR, members of the film’s cast and crew will address the audience.