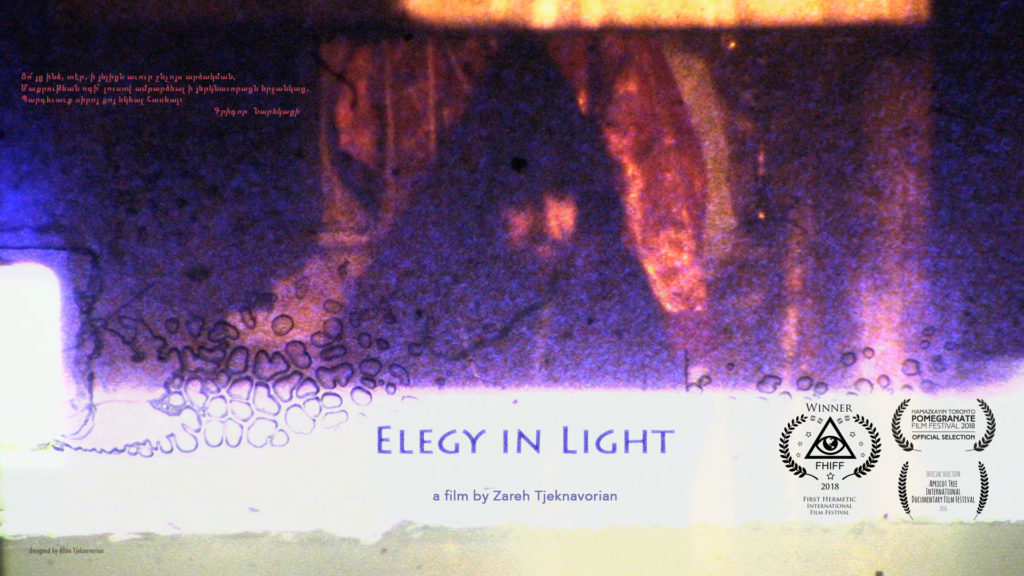 Shot on super 8mm film at the funeral of Catholicos Vazgen I, Supreme Patriarch of All Armenians. The film depicts an ancient and rarely seen rite of the Armenian Church with the sound of monastic ritual chant: an experience described by one viewer as “a psychedelic trip into medieval times.” An impressionistic meditation on death, life and the fragmentary manner in which we remember the past. The quality of 8mm film is a metaphor for memory and for the soul itself; a cinematic memorial made from the substances of time and light.

The North American Premiere of this short documentary will take place at 3pm on Saturday November 17th as part of the SYMPHONY OF FILM series at the Hamazkayin Theatre.