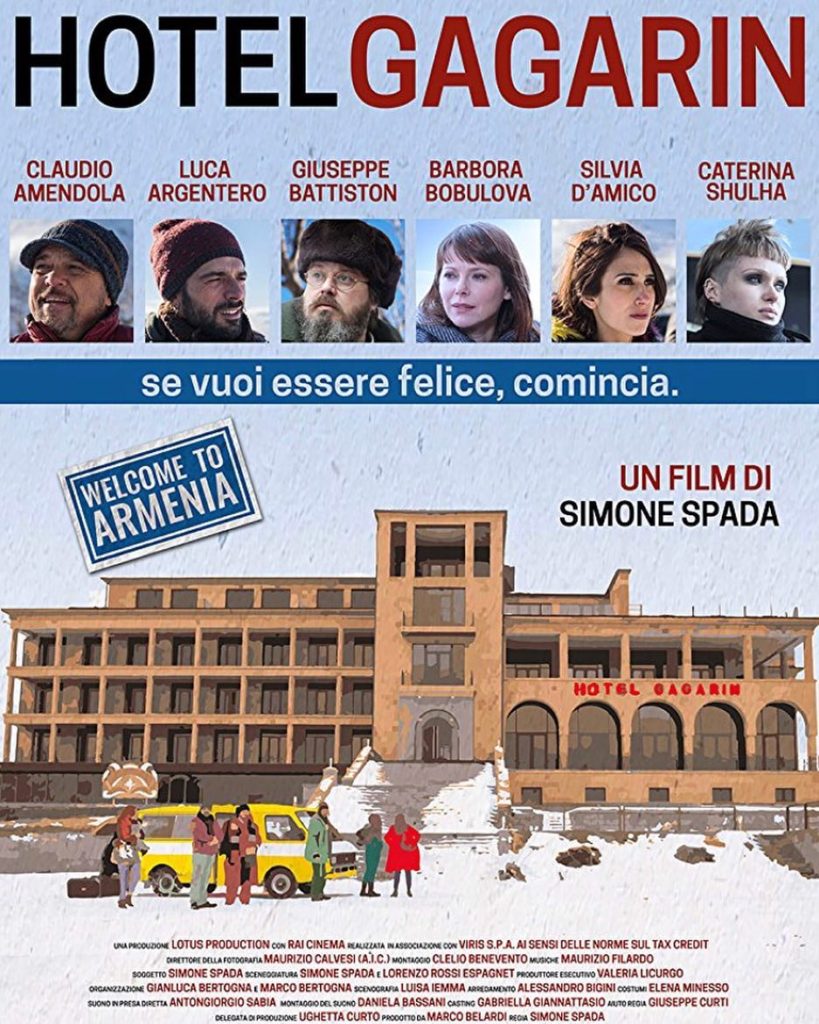 A comedy about a group of Italian filmmakers who are sent to Armenia to shoot a film, hoping it will be their big break. When they arrive, a war breaks out and their crooked producer vanishes along with all their money. Now abandoned in the secluded Hotel Gagarin and buried under snow, the team finds an original and unexpected opportunity of unforgettable happiness.

This feature film will be presented with 2 short films as part of the Festival’s Closing Ceremony and Awards Soirée at 8pm on Sunday November 18th.