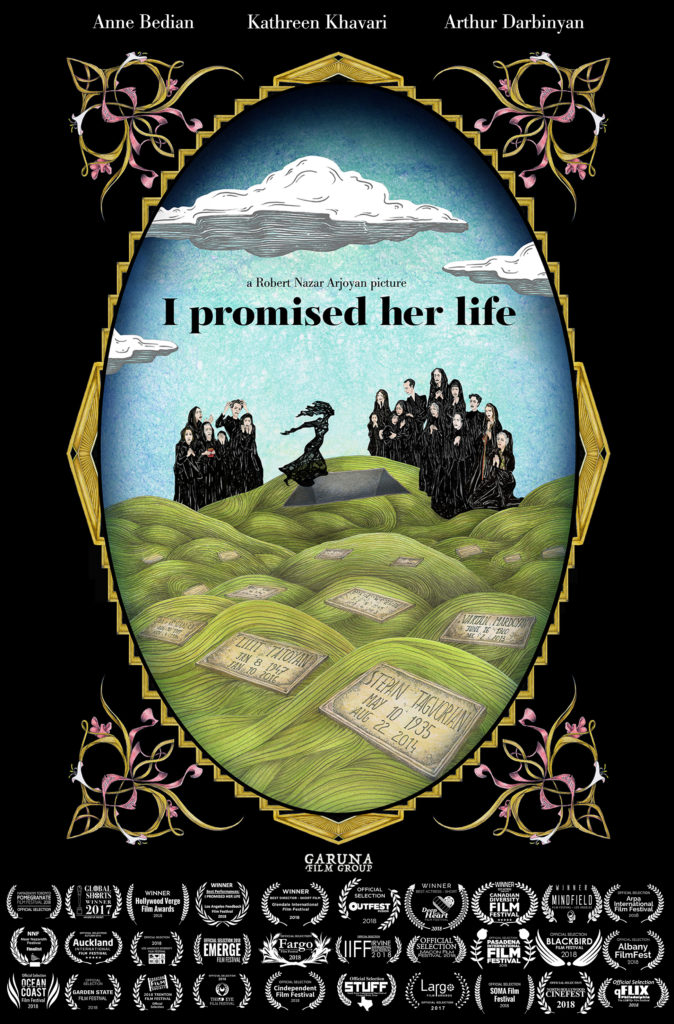 I PROMISED HER LIFE

Starring Canadian Anne Bedian, a story that takes place at a young woman’s funeral. A grieving Armenian-American mother defies a centuries-old ritual and tests the limits of tradition as she walks the thin line between death and afterlife. Arjoyan, a graduate of USC’s School of Cinematic Arts, previously worked on the award-winning documentary, WHEN MY SORROW DIED: The Legend of Armen Ra & THE Theremin. This will be his third entry at POM.

The Canadian Premiere of this short film will be presented as part of the TALES FROM THE DIASPORA series scheduled for 3pm on Friday November 16th at the Hamazkayin Theatre.