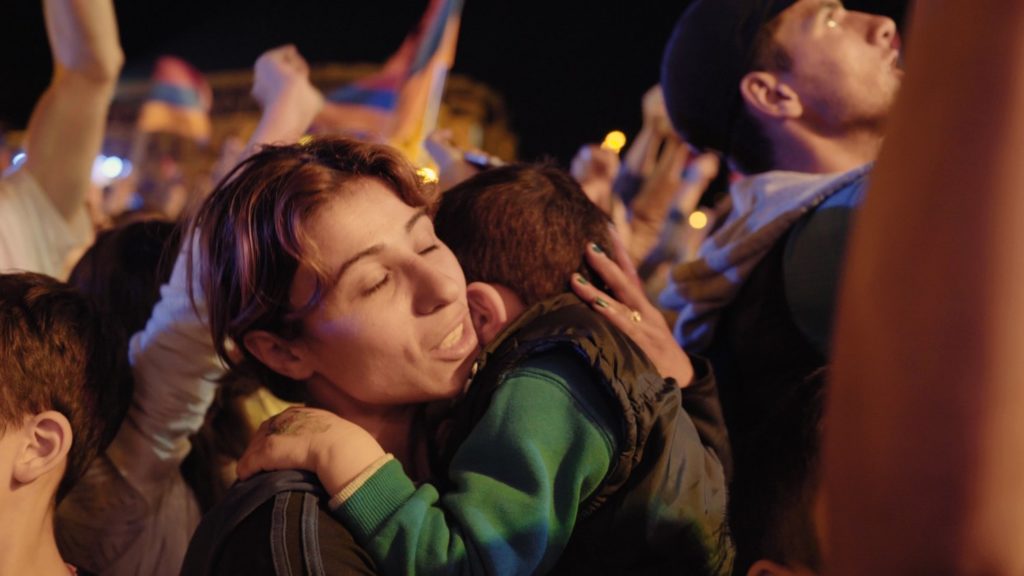 In this eloquently crafted film, women in Nagorno-Karabakh, a disputed territory between Azerbaijan and Armenia, courageously work to clear land mines in the wake of a brutal war, combating traditional gender roles and forming close bonds in the process.

Despite a 25-year-old cease-fire agreement over a disputed territory between Armenia and Azerbaijan, the region is still known as having one of the worst land-mine problems in the world—with over 400 civilian casualties to date. Now, with the help of a group of women serving on the front lines of the demining effort, that number is slowly dwindling. Motherland takes us on a journey with the wives, mothers, sisters, and daughters who are risking their lives and working to reclaim their independence and homeland one step at a time.