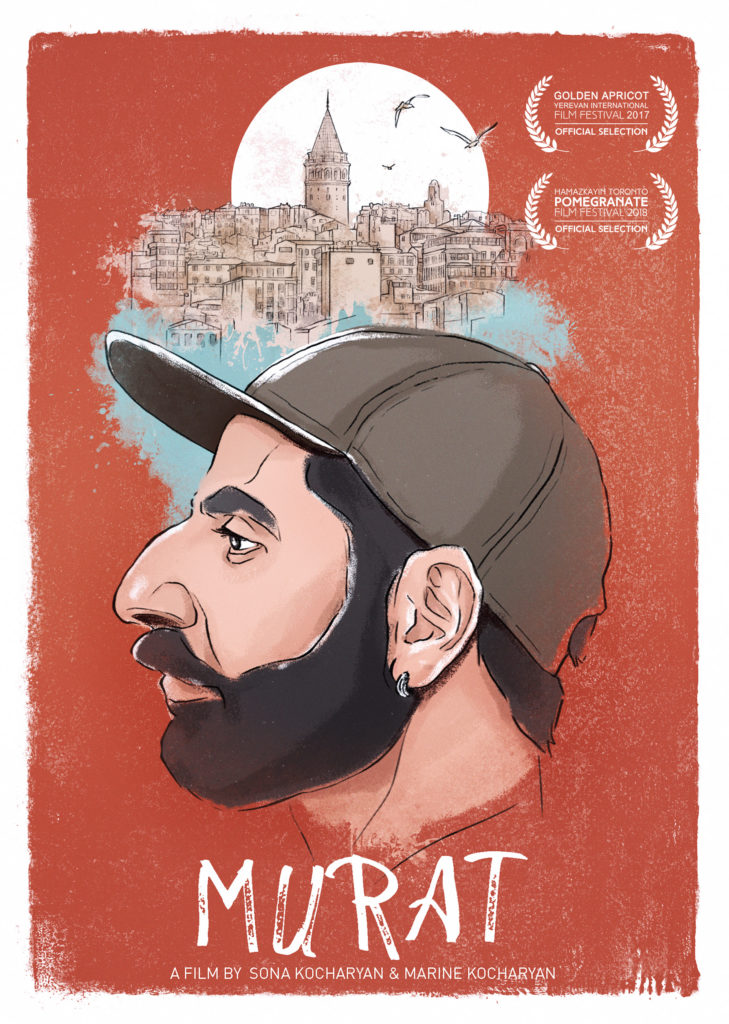 Directed by Sona and Marine Kocharyan

A young Armenian’s search for identity in the corners of present-day Istanbul. As a cultural melting pot, the city constantly feeds Murat’s life, and the people, as diverse as the city itself, add colour to his routine. Turkish coffee and tea, fish and rakı, the city’s bustle and the peaceful movement of the steamships. For Murat, Istanbul is not just a residence, a shelter, or a home. It is a homeland. How do the individual and society affect one another? Memory and the present? The national and the universal? This film is a journey to the open and closed pages of Murat’s identity. The Kocharyan sisters previous film, HOW TO CROSS FROM JILIZ TO JILIZ, was awarded Best Short Documentary at both Hot Docs and POM.

The North American Premiere of this short documentary will be screened with two other films as part of the ARMENIANS IN TURKEY: THEN & NOW series scheduled for 1pm on Saturday November 17th at the Hamazkayin Theatre.