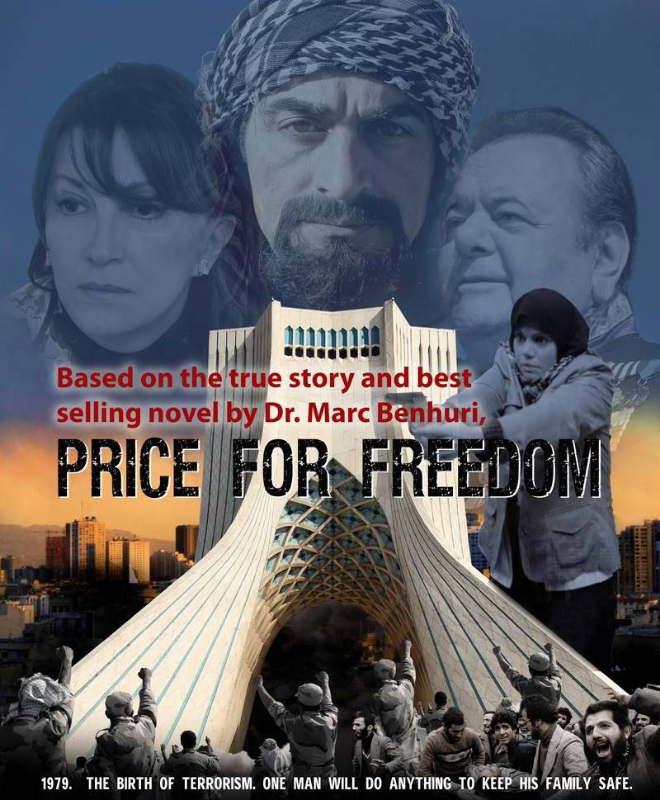 A dramatic feature set in 1979 Iran, where dentist-turned-manufacturer- turned-rebel fights to save his family and friends from incarceration and death at the hands of the governing regime – and to hamper one of their greatest coups, the American Hostage Crisis. He used money, politics and manipulation to build his own underground railroad. Based on actual events, this is the story of an ordinary man’s amazing struggle to find freedom and justice in a world turned upside-down. He saved many lives, but at great cost. The impressive cast includes Mary Apick, Ken Davitian, Dee Dee Sorvino and Paul Sorvino as the Shah of Iran.

Producer Mary Apick, director Dylan Bank and writer Dr. Marc Benhuri bring life to a best-selling book that reflects the power of courage against oppression. Apick began her career as a child star in Iran, and is now an award-winning, multitalented director, producer and actress. She will conduct an exclusive Q&A with the film’s producer and author following the screening scheduled for 7pm on Thursday November 15th at Fairview Cineplex.