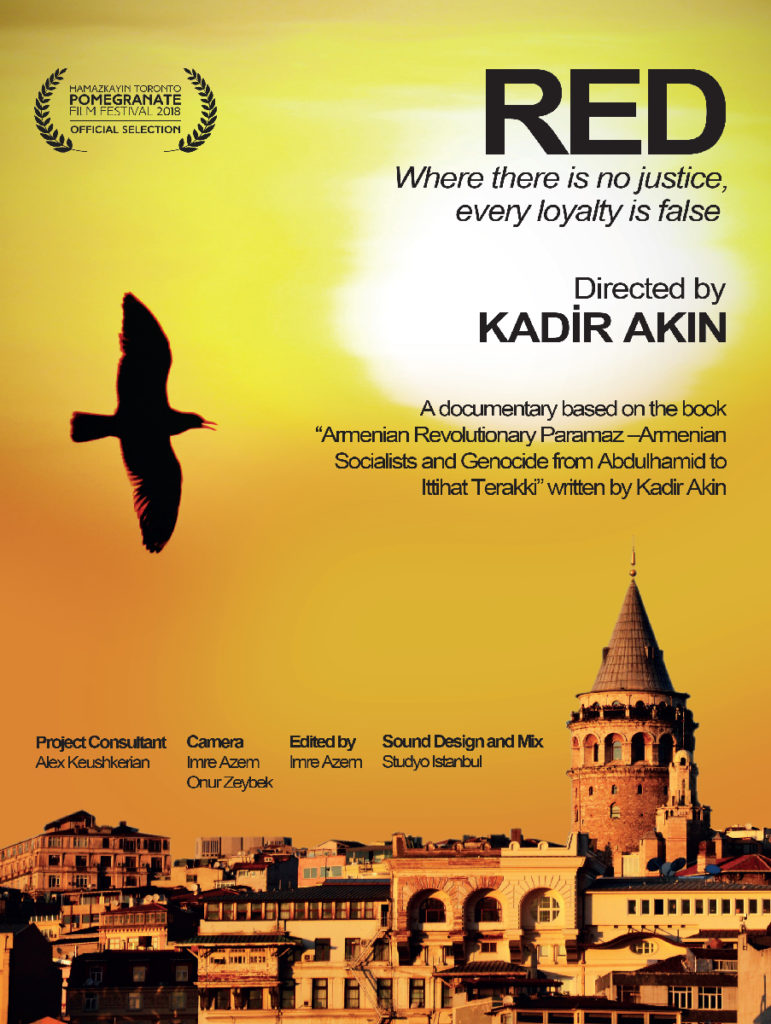 A documentary that scrutinizes the Ottoman democratic intellectual movement and the Armenian Question, presenting historical information and documents on Kumkapı, Sasun, Zeytun uprisings, the Ottoman Bank raid, as well as Armenian deputies and their struggles for social rights in the re-opened Ottoman Parliament after the proclamation of the constitutional monarchy in 1908.

The film emphasizes the rule of İttihat Terakki’s genocide politics against Armenians’ will to live together. It depicts how the Genocide harmed the historical roots of the socialist movement in Turkey while annihilating intellectual and cultural accumulation. The film, which is based on Paramaz who was executed along with his 19 comrades in Beyazıt Square in June 1915, consists of scenes shot in Geneva, Basel, Beirut and varied parts of Istanbul and is enriched through interviews and documents.