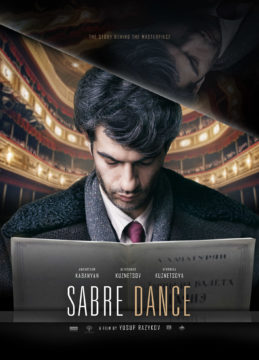 Directed by Yusup Razykov, the highly anticipated historical drama set in 1942 about the brilliant Aram Khachaturian. The eye-opening film transports the viewer to the Kirov Ballet theater, moved to Perm from Leningrad to escape the Germans’ military blockade of the city. In just eight hours, Khatchaturian composed the famed, Sabre Dance, for the performance of his ballet Gayane. The pressures of war were unable to halt his genius as he delivered one of the most famous compositions in all of history.

Ruben Dishdishyan is responsible for producing several past POM feature films including EARTHQUAKE, THE CUT, THANK YOU DAD and MERMAID.