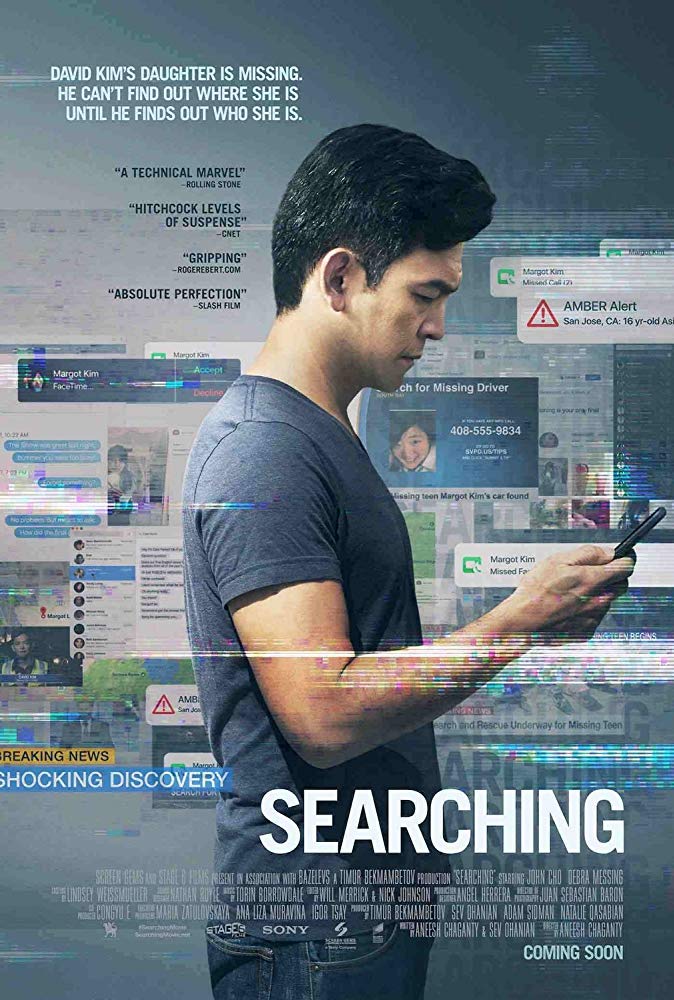 Directed by produced by Sev Ohanian and Natalie Qasabian

A suspenseful thriller directed by Aneesh Chaganty and starring John Cho. This tightly-plotted film is about a 16-year-old daughter who goes missing and her desperate father who breaks into her laptop to look for clues to find her.

The film premiered at the Sundance Film Festival and was awarded the NEXT Audience Award and the Alfred P. Sloan Award.
Sev Ohanian was given the Sundance Institute / Amazon Studios Narrative Producer award. He has overseen a diverse range of acclaimed films, including FRUITVALE STATION and THE INTERVENTION.

Natalie Qasabian is an independent film producer based in Los Angeles and a graduate from USC’s School of Cinematic Arts. She recently produced ALL ABOUT NINA, starring Mary Elizabeth Winstead and Common.