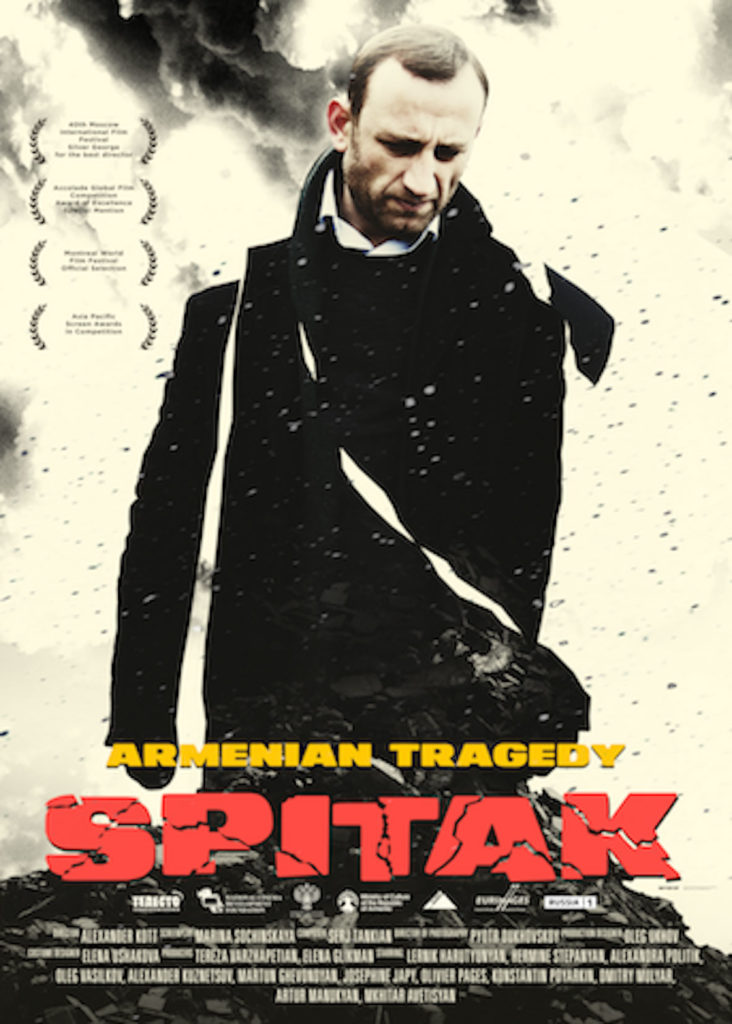 This feature is the official submission from Armenia for the ‘Best Foreign Language Film’ category at the Academy Awards in 2019. Jointly produced by Armenia and Russia with a musical score created by Serj Tankian. The film tells the story of Gor, who flies from Moscow to Armenia to search for his family stuck at the very epicentre of the earthquake, on the 7th of December 1988. Upon arriving in his destroyed small town, he meets various characters, each one of them facing a personal tragedy and challenge. All are searching for their loved ones, alive or dead. Medics, soldiers and survivors stay determined to save as many lives as possible. For the sake of his family, Gor never loses hope and works against all odds to save his precious ones.

The North American Premiere of this feature film will take place at 9:15pm on Thursday November 15th at Fairview Cineplex and will be followed by a Q&A with a special guest.