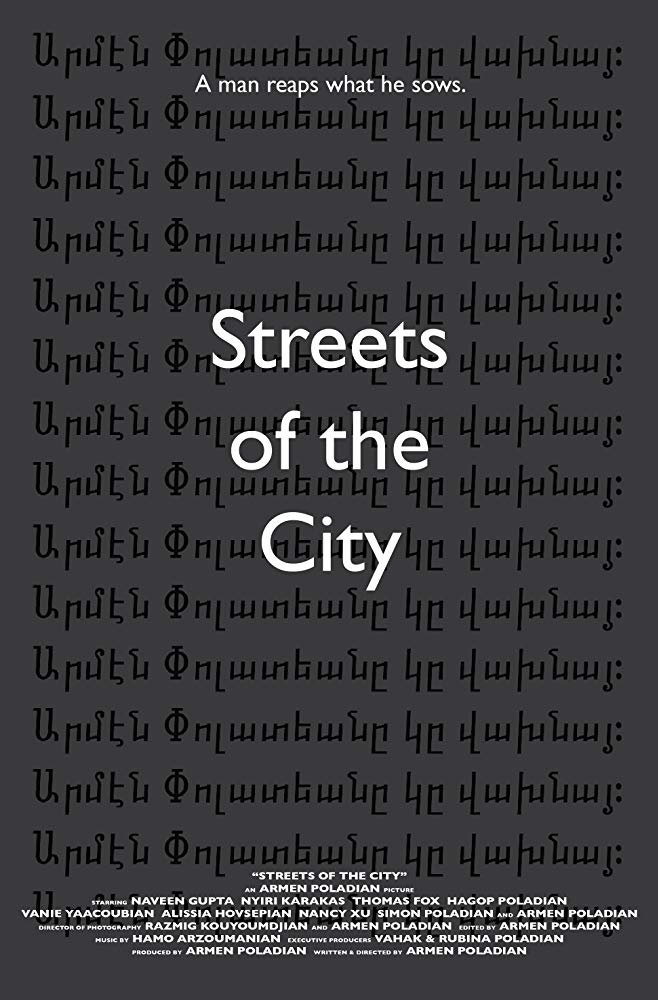 STREETS OF THE CITY

A writer isolates himself in a remote country home to complete his latest screenplay. He starts to lose his grip on reality when he stops being able to tell the difference between his fictional characters and certainty.

Armen Poladian is an Armenian-Canadian film director, writer, producer, and actor. His films include: Streets of the City (2019), Second Hand (2018), The Moment the Lights Dim (2017), Daddy (2016), and The Don (2015). His films have screened at POM, ARPA, the REEL Recovery Film Festival in LA and New York, the 401 Film Fest in West Warwick, and the Kitchener Waterloo Film Festival. This will be his fifth presentation at POM.