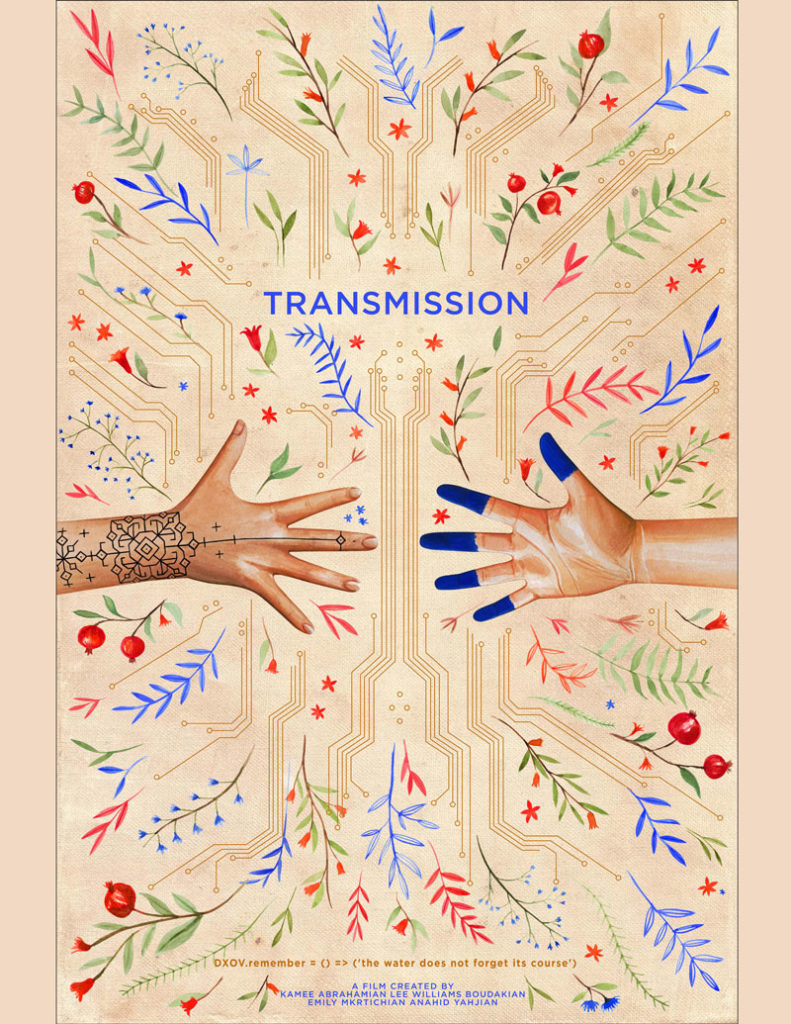 Transmission is a sci-fi short about K and L, a queer couple working in a not-so-distant future to preserve the artifacts and histories that are being systematically destroyed by a totalitarian government. When they are in a deadly car accident, time splinters into parallel realities separating them. Each enters a reality where one dies while the other lives, and they must embark on a search between worlds to find each other again.

Director Emily Mkrtichian is an American-Armenian filmmaker and writer. Her films touch on themes of memory, place and identity, screening at film festivals around the world while being broadcasted on major European TV channels. Her second POM film this year is MOTHERLAND, about Armenian women who risk their lives to rid their country of landmines.

Director Anahid Yahjian is an independent writer, director and producer of experimental, documentary and narrative cinema.

Transmission had its World Premiere at the British Film Institute’s Flare LGBTQ Film Festival in March.