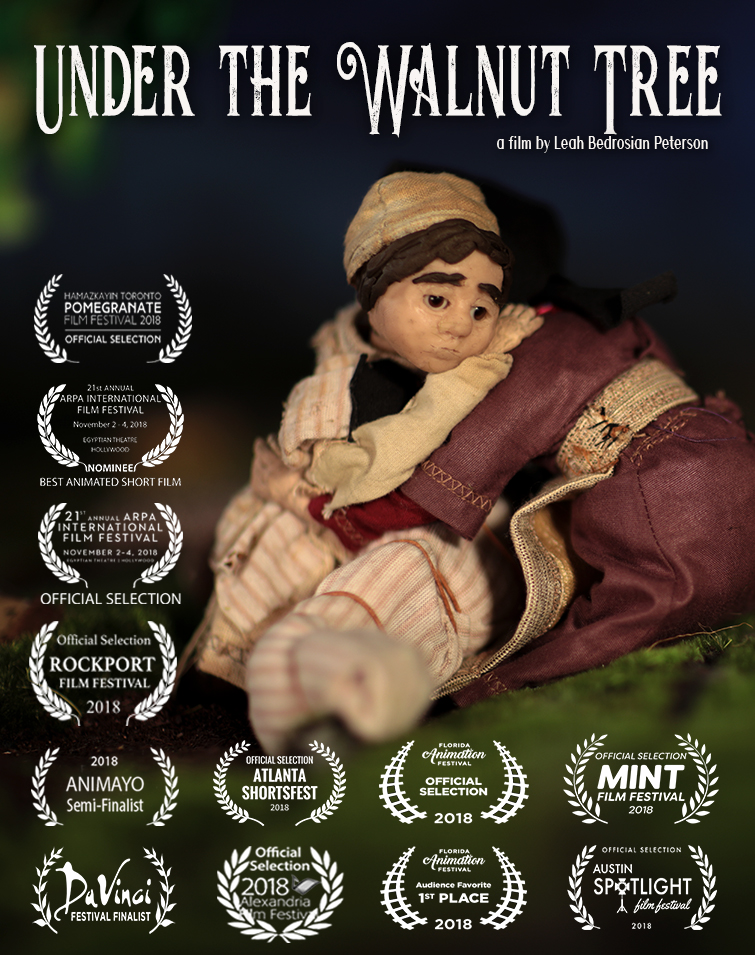 UNDER THE WALNUT TREE

An animation about a young boy who has been displaced during the massacre of his people and his family. After wandering alone for days, he is ready to give up but fights to continue to safety. His struggle for survival ends when he finds his mother singing to a lifeless body. Under The Walnut Tree is loosely based on the true story of Shahan Natalie, who survived the Hamidian Massacres (also known as the Adana Massacres) which were the precursor to the Armenian Genocide. Natalie became the chief strategist of Operation Nemesis.

The Canadian Premiere of this short film will be presented with the World Premiere of DIANA APCAR: The Stateless Diplomat as part of the MAY 28th CENTENNIAL screening scheduled for 1pm on Sunday November 18th at the Hamazkayin Theatre.