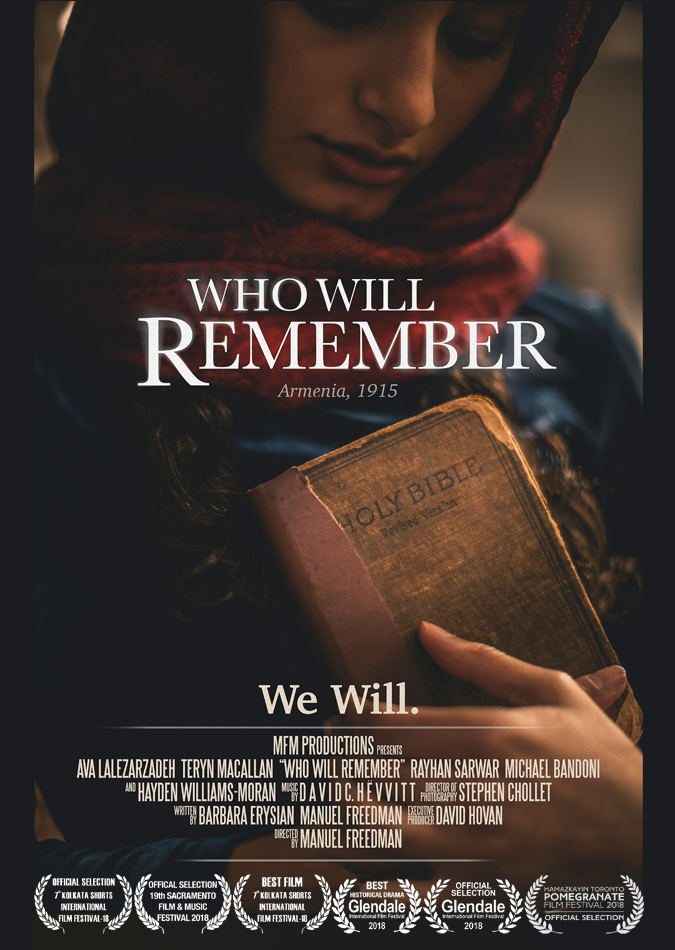 A dramatic short film captures the terror of a 16-year-old girl and her young brother at the start of the Armenian Genocide.
Vancouver based Executive Producer David Hovan’s previous films include BORN IN ADANA and SHATTERED. This will be his third entry at POM.
Writer/Producer Barbara Erysian will introduce the Canadian Premiere of this short film at 3 pm on Friday, November 16th as part of the TALES FROM THE DIASPORA series at the Hamazkayin Theatre.

Who Will Remember: Trailer from Stephen Chollet on Vimeo.