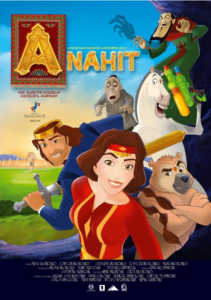 The much anticipated animated feature about Anahit, who was pursued by the King of Ancient Armenia, Vachagan. An exciting tale of the victory of good over evil is sure to delight both young and old. This film is reminiscent of past POM favourite BRAVE. Anahit’s songs and valuable story brings a classic tale to a modern audience and is sure to become a masterpiece in the world of animation. David Sahakyants, a talented film maker in his own right, is the son of the famed late Robert Sahakyants, who has directed numerous animated films.