JOURNEY TO THE HOMELAND 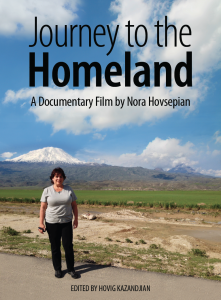 A poignant documentary about a personal pilgrimage to the Anatolian landscape where the director’s grandparents were forced to flee. The film highlights the resilience of Armenians, while also evoking a sense of yearning and belonging. Interviewed subjects include author Mathew Karanian, scholar Khatchig Mouradian and film maker Bared Maronian.

This short film will be presented during the WESTERN ARMENIA series to be hosted by Mathew Karanian from Los Angeles.