A film dedicated to the current state of the descendants of the Armenians of Hamshen (Hamshentsis); a people who were forcibly Islamicized (‘Turkified’) by the Ottoman Empire in the 18th century. Today, they live primarily in the provinces of Rizeh and Artvin, as well as in Istanbul and other large cities in Turkey.  The film presents unique episodes from the history and culture of the once powerful Armenian Principality of Hamshen, and the practice of Islamization, a form of ethnic cleansing. Based on material shot on location, the present-day culture of the Hamshentsis is chronicled: their songs and dances, customs, linguistic situation, as well as their everyday life and occupations, conceptions of their own identity, and the demographic picture.
2012 Armin T. Wegner Award recipient, Yerevan State University’s Dr. Sahakyan is one of the leading authorities on the Hamshen and will be discussing her research following the film presentation. 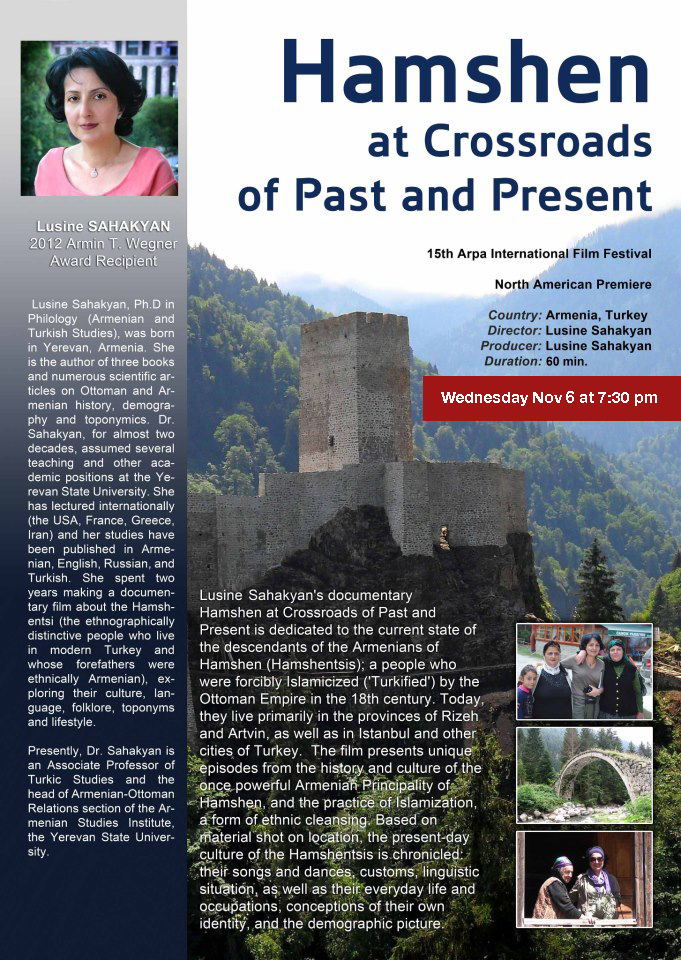